You are here: Home1 / Mining 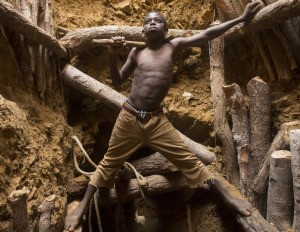 WASHINGTON — The U.S. Department of Labor’s Bureau of International Labor Affairs today announced a $9 million competitive grant solicitation for one or more projects to reduce child labor in the artisanal mining sector of Colombia.

Thousands of children work in Colombia’s mining sector, where they labor alongside adults and are exposed to physical injuries, dangerous tools, hazardous substances, toxic gases and explosions. Many people are not aware that children face these hazards.

One or more qualifying organizations will receive funding to support Colombia’s efforts to identify and combat child labor in the mining sector, including by increasing educational opportunities for children and improving the livelihoods of families involved in artisanal mining. The project(s) will address occupational safety concerns to reduce the risk of injuries to adult miners and the corresponding loss of household income that can contribute to child labor. In addition, the project(s) will improve interagency coordination to provide social services to children engaged in mining and fund an exchange program with other countries to share strategies on activities covered by the grant(s).

Applications must be submitted by July 19 at 5 p.m. EDT electronically via https://www.grants.gov or as hard copies mailed to the U.S. Department of Labor, Office of Procurement Services, 200 Constitution Ave. NW, Room S-4307, Washington, DC 20210, Attention: Brenda White.… Read the rest