Washington, DC—The Child Labor Coalition (CLC) is releasing today the “ABC’s of Child Labor,” a short film exploring how widespread child labor is globally and how many products are touched by it. The film, featuring four elementary school children discussing the exploitation of children, is being released in anticipation of Universal Children’s Day this Sunday, November 20. Universal Children’s Day has been recognized by the United Nations since 1954 as a day of “worldwide fraternity and understanding between children” and a day to promote the welfare of children.

“What better way to learn about the issue of child labor than from a few American children themselves telling the stories of other children who are less fortunate and trapped in child labor and child slavery around the world,” said Sally Greenberg, co-chair of the Child Labor Coalition and the executive director of the National Consumers League (NCL).

“Don’t let the charm of these children fool you. They are deadly serious about ending child labor and they want us adults to wake up and help,” said Len Morris, a filmmaker who heads Media Voices for Children.

END_OF_DOCUMENT_TOKEN_TO_BE_REPLACED

How is the world to achieve this laudable, essential goal? The answer is it cannot—not without a significant infusion of resources. More than 120 million children who should be in school are not. A billion children are illiterate. Functioning schools are a critical element in the battle against child labor and child slavery. In West Africa, where two million plus children toil on cocoa plantations to harvest the main ingredient in chocolate, more than 3,000 schools are needed to provide children with educational alternatives to hazardous work. 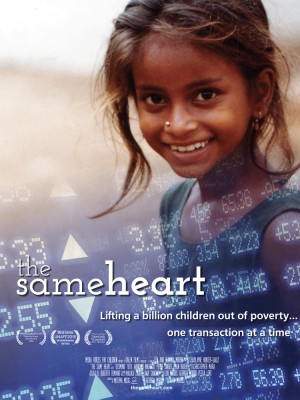 Clearly, hundreds of billions of dollars are needed over the next nine years. Is the global community likely to provide this funding? Probably not, unless there are new revenue sources from which they can draw the money from.

Fortunately, the European Community and the US Congress is working on a new revenue source: a financial transaction tax that would be applied to all financial transactions like stock or derivative trades and bond purchases. Because there are trillions of such trades each year in US markets alone, even a tiny tax ranging from one-tenth of one percent to a half percent could raise tens of billions of dollars. The Inclusive Prosperity Act in Congress by Rep. Keith Ellison (D-MN) and Senator Barry Sanders (I-VT) hopes to do just that, and the Child Labor Coalition, which NCL co-chairs, helped organize a congressional briefing in September to help promote the concept.

Globally, FTTs might raise up to $300 billion a year. The European community is in various stages of implementing an FTT in over 10 countries. The idea is not new. The US had an FTT in the past and continues to pay for the Securities and Exchange Commission with a very tiny FTT. Japan successfully raised billions with an FTT in the 1990s before conservative forces led them to abandon the tax.

An FTT would make our tax system more equitable.

END_OF_DOCUMENT_TOKEN_TO_BE_REPLACED

Many countries already have some form of a financial transaction tax, including those with strong and fast-growing financial markets, such as the UK, South Africa, Hong Kong, Singapore, Switzerland, and India. Recently, Germany, France, Italy, Spain, Belgium, Austria, Portugal, Greece, Slovakia and Slovenia agreed on the range of financial assets that will be taxed and how the revenue will be captured for what will be the first regional financial transaction tax.

Dean Baker, Co-Director of the Center for Economic and Policy Research:

Even small taxes on trading can raise large amounts of money. The Joint Economic Committee calculated that a tax of just 0.03 percent imposed on all financial transactions could raise more than $40 billion a year. A scaled tax with a rate of 0.2 percent on stock trades, and 0.01 percent on derivatives, could raise more than $110 billion a year. Several bills are working their way through Congress. Worldwide, FTTs have the potential to raise up to $300 billion in annual revenue.

The tax will help avoid market meltdowns by cutting the profit margins of high-frequency trading. Computerized trading by milliseconds is not long-term, job creating capital investment—it’s gambling with the integrity of the market–more than once computer algorithms have caused the market to freefall.

CWA recently commissioned public opinion polling on the issues that are part of the Take on Wall Street campaign. We found a huge amount of support from average Americans for policies that close loopholes and make our tax code fairer. Wall Street traders make massive profits, and we should focus on making those folks pay their fair share of taxes, instead of squeezing the middle-class and American workers.

Sally Greenberg, Director of the National Consumers League and Co-Chair of the Child Labor Coalition:

Please view this special clip of “The Same Heart” documentary exploring the concept of an FTT and what it might accomplish.