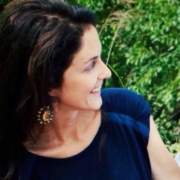 END_OF_DOCUMENT_TOKEN_TO_BE_REPLACED

Washington, DC–The Child Labor Coalition (CLC), whose 34 member organizations fight exploitative child labor, welcomed news in the US Department of Labor’s 2013 Findings on the Worst Forms of Child Labor report released last week, suggesting significant progress is being made in the war to reduce child labor internationally. “The report is another sign that good progress is being made in efforts to reduce child labor around the world,” said Sally Greenberg, co-chair of the CLC and executive director of the National Consumers League.

“The numbers look even better if you dig a little deeper,” said Greenberg. “The 13 countries that USDOL said had made significant advancement are mostly ones that have battled substantial child labor problems—advancement in those countries (Albania, Brazil, Chile, Colombia, Costa Rica, Cote d’Ivoire, Ecuador, El Salvador, Peru, Philippines, South Africa, Tunisia, and Uganda) is very encouraging.”

“Likewise,” Greenberg said, “the 13 countries that made no advancement included only five countries with large numbers of child laborers: the Central African Republic, the Democratic Republic of the Congo, Uzbekistan, and Venezuela.” The other eight countries on this list include several small island nations. “If you compare numbers between the 2011 assessment period and the new report covering 2013,” said Greenberg, “the progress is dramatic: the number of countries making significant child labor advancement went from two to 13; those making moderate advancement went from 47 to 72. Those are encouraging results.”

END_OF_DOCUMENT_TOKEN_TO_BE_REPLACED

WASHINGTON – India, Bangladesh and the Philippines lead the world in the number of products made by child workers, a US government stock-taking of the global scale of underaged labor revealed Monday.

Some 130 types of goods – from building bricks and soccer balls to pornography and rare ores used in cellphones – involve child labor in 71 countries in Africa, Asia and Latin America, the Department of Labor said.

“We believe that we all have God-given potential … and every child should be given the right to fulfil their dreams,” said Labor Secretary Hilda Solis at the release of the 10th annual “Findings on the Worst Forms of Child Labor.”

Focusing this year on hazardous work performed by children, and relying in good part on International Labor Organization data, the report examines efforts by more than 140 countries to address the worst forms of child labor.

The International Labor Organization estimates that more than 215 million children are involved in child labor.

One-third of countries have yet to define hazardous kinds of work prohibited to children, it said. Some nations have no minimum age for such work, and still more lack the means to monitor and enforce bans on dangerous child labor.

A rundown of goods produced by child labor, issued alongside the report, underlined the degree to which youngsters in developing nations are forced to work, rather than go to school, for little if any wages.

India topped the list, with its children being used to make no fewer than 20 products, including bidis, bricks, fireworks, footwear, glass bangles, incense, locks, matches, rice, silk fabric and thread, and soccer balls.… Read the rest