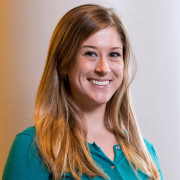 END_OF_DOCUMENT_TOKEN_TO_BE_REPLACED

In cooperation with the Congressional Caucus on Human Trafficking

Please join the Child Labor Coalition, the Alliance to End Slavery and Trafficking, and the Kailash Satyarthi Children’s Foundation, for a briefing in honor of the World Day Against Child Labor (June 12), featuring Nobel Peace Prize Laureate Kailash Satyarthi. The briefing will discuss child labor, child slavery, and child trafficking, and explore solutions that will help eliminate these blights on society. Mr. Satyarthi will speak on the need to protect children from child labor in times of crises.

Satyarthi has been a tireless advocate of children’s rights for over three decades, and recently launched the 100 Million for 100 Million Campaign – history’s largest global youth-for-youth mobilization. He has liberated more than 86,000 children from exploitation and developed a successful model for their education and rehabilitation. In 2014, he was jointly awarded the Nobel Peace Prize with Malala Yousafzai.

RSVP to Shasti Conrad at shasti@satyarthi.org.

The Child Labor Coalition was established in 1989 by the National Consumers League and today is co-chaired by NCL and the American Federation of Teachers. It has 35 member organizations that represents consumers, labor unions, educators, human rights and labor rights groups, child advocacy groups, and religious and women’s groups.