Reflecting on the conference, speaker Professor Alfred Babo, an Associate Professor of Anthropology and Sociology at the University of Bouaké, commented.  ”I think if you ask most farmers if they need a new school, they would tell you that they would rather be paid better.  If they had the money in their own pockets, they could send their children to school, and they would not need their children to work on the farms.”

Please go to Forbes to read the rest of this article.

Article published with permission of the author, who is a member of the faculty at the University of San Francisco. 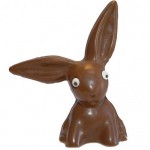