(Washington, DC) Over 50 US-based organizations called on leading tobacco companies to address hazardous child labor in US tobacco farming in a letter released today. The groups expressed alarm that children are risking acute nicotine poisoning and other health and safety hazards in US tobacco fields.

“Children in the US can’t legally buy cigarettes, but children working in tobacco fields are suffering acute nicotine poisoning,” said Sally Greenberg, co-chair of the Child Labor Coalition (CLC) and executive director of the National Consumers League. “Tobacco companies need to ensure that their products are not made with child labor.”

The organizations, representing millions of teachers, healthcare professionals, workers, farmworkers, and advocates concerned about the safety, education, and welfare of children, called on the chief executive officers of the top ten global tobacco companies and tobacco leaf merchants to adopt and implement policies that prohibit children under age 18 from hazardous work in tobacco farming, including direct contact with tobacco.

“Child tobacco workers also reported working long hours, often in extreme heat and without protective gear,” noted Dr. Lorretta Johnson, co-chair of the CLC and the secretary-treasurer of the American Federation of Teachers. “Unfortunately, child labor is a common practice in the United States, and it’s legal. We stand with Human Rights Watch, Sen. Tom Harkin, the CLC and many others to call attention to the great dangers faced by children working on tobacco farms, and we urge the world’s largest tobacco companies to take measures to end hazardous child labor in tobacco farming.”

Under US law, children as young as 12 can work for hire on any farm with their parent’s permission. Even younger children can work on small farms.

“Agriculture is already the most dangerous area of employment open to children in the US,” said Norma Flores López, the director of the Children in the Fields Campaign for the Association of Farmworker Opportunity Programs and the chair of the CLC’s domestic issues committee. “Tobacco farming is particularly hazardous because of nicotine exposure and toxic pesticides.  We worry about children developing cancer—and neurological and reproductive health problems—linked to the exposure of toxic pesticides. We also need to prevent injuries from working with machinery and dangerous tools, lifting heavy loads, and climbing to significant heights in curing barns.”

The letter with full list of signers can be found here.

The Child Labor Coalition represents consumers, labor unions, educators, human rights and labor rights groups, child advocacy groups, and religious and women’s groups. It was established in 1989, and is co-chaired by the National Consumers League and the American Federation of Teachers. Its mission is to protect working youth and to promote legislation, programs, and initiatives to end child labor exploitation in the United States and abroad [The CLC’s website and membership list can be found at www.stopchildlabor.org ].

We write to you as organizations representing millions of Americans, including teachers, healthcare professionals, workers, farmworkers, and advocates concerned about the safety, education, and welfare of children.  We are alarmed at recent reports that children are risking acute nicotine poisoning and other health and safety hazards in US tobacco fields. We urge you to take action to ensure that your company’s products are not made with child labor, and specifically, to adopt and implement policies that prohibit children under age 18 from hazardous work in tobacco, including direct contact with tobacco.

Public health studies have shown that adult non-smoking tobacco workers have similar amounts of nicotine in their bodies as active smokers. Because their bodies and brains are still developing, children working in tobacco fields are even more vulnerable to the effects of nicotine exposure. As you know, symptoms of nicotine poisoning (also known as Green Tobacco Sickness) include nausea, vomiting, loss of appetite, headaches, and dizziness.

In addition to nicotine poisoning, research has found that children working in tobacco are also vulnerable to illnesses from toiling in extreme heat; cancer, neurological and reproductive health problems from pesticide exposure; injuries from working with machinery and dangerous tools, lifting heavy loads, and climbing significant heights in curing barns; and respiratory problems from breathing tobacco dust.

We support efforts among tobacco workers in North Carolina to address their poverty and poor working conditions through industry-wide negotiations, from the workers on the farms to the growers who own the farms to the tobacco companies that purchase, process and distribute the tobacco and the retailers that sell tobacco products.  The tobacco companies have the ability to improve wages and working conditions in their supply chain and they should exercise that ability, including by recognizing and respecting the workers’ freedom of association and right to organize and by negotiating in good faith to reach a fair resolution of longstanding problems.

END_OF_DOCUMENT_TOKEN_TO_BE_REPLACED 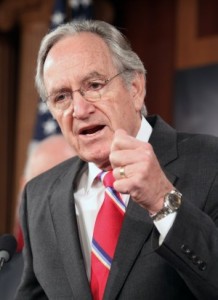