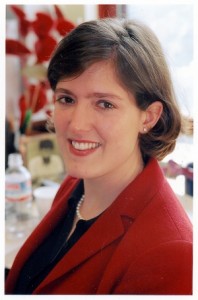 Washington, DC – The National Consumers League (NCL) is deeply disappointed in the defeat of a Virginia State Legislature bill that would have been the first of its kind to protect children from working in dangerous tobacco fields. “This takes us back a century ago when children in America were working in mines, factories, and mills. The reactionary forces fought protections for kids back then, just as they are doing today,” said Sally Greenberg, executive director of the National Consumers League (NCL) and co-chair of the Child Labor Coalition (CLC), which NCL co-founded 25 years ago.  “It’s just as intolerable to expose kids to these toxics today as it was in 1915.”

The bill (HB 1906), introduced last month by Del. Alfonso Lopez (D-Arlington), was defeated yesterday in the Republican-controlled Committee on Commerce and Labor. HB 1906 would have made it illegal for children, other than the members of a farmer’s own family, from harvesting tobacco. Recent reports of children being sickened by acute nicotine poisoning in tobacco fields battling nausea, headaches, vomiting, and dizziness have sparked a national movement to ban this practice.

“It is our obligation to protect our most vulnerable workers. It is very disappointing to see Virginia lawmakers cave to big tobacco interests and defeat this common-sense child labor protection,” said Reid Maki. “We will continue to ask lawmakers at both the federal and state levels to ban child labor in U.S. tobacco fields.”

Lopez’s bill would have prohibited farmers from hiring anyone under 18 to work in direct contact with tobacco leaves. HB 1906 would have been the first legislation of its kind in a state that harvests tobacco. In Virginia, it would preempt some of the outdated Fair Labor Standards Act provisions that allow children as young as 12 to work unlimited hours on farms performing the dangerous work.

“Young children should not be working in direct contact with tobacco. They are especially vulnerable to nicotine poisoning due to their size and stage of development. Indeed, a recent report from the surgeon general suggests that nicotine exposure during adolescence may have lasting negative consequences,” said Del. Lopez in a press release.