Blog - Latest News
You are here: Home1 / News & Resources2 / Viewpoint3 / CLC News Release: Legislation to Protect Child Farmworkers in the US is...
0
SHARES
share on Facebooktweet on Twitter 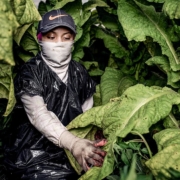