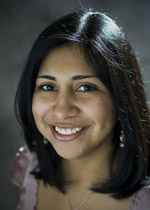 Today’s headlines and top hashtags are showing that a powerful movement is building, and its being led by women.

Women–fed up with the constant attack on our bodies, the sexual harassment prevalent throughout our communities and centuries-long inequities in our homes, at the workplace and in the voting booth– are saying, “Enough.” They are displaying courage by organizing, sharing their powerful stories, casting their votes, and creating an effect that can be felt in the halls of Congress, on the movie sets of Hollywood, and through the airwaves. This movement against misogyny and sexual harassment is indeed powerful. It has made influential men step down from their long-held positions of power, it has stopped an accused pedophile from being elected into the Senate, and even made it to the cover of Time magazine.

And we’re just getting started.

We have seen this type of grassroots movement before–a seismic shift in the power paradigm of society, moving us closer and closer towards equity. Yet, we have never achieved the full promise of equality. The work is left halfway done, and we can’t allow this to happen again. We need to make sure that the movement is able to reach the darkest corners of society, in the marginalized communities where the most vulnerable women work and live.

For me, this is in the fields.

I grew up in a migrant farmworker family, where I was taught at a young age the power men held over me. Sexual harassment wasn’t the only kind we experienced. The boss had the power to protect me, but also the power to destroy me. A lifetime of hard work earned my father a position of leadership in most of the fields we worked in, which he used to protect his wife and five daughters. While most women endured cat calls, inappropriate prepositions and harassment, we were spared. Still, we knew the dangers that lurked out there and took no chances. My sisters and I never walked to the portable bathrooms (when they were available) by ourselves, making sure a few of us were always together. We never went anywhere by ourselves, in the fields or on the migrant camp. Ever. 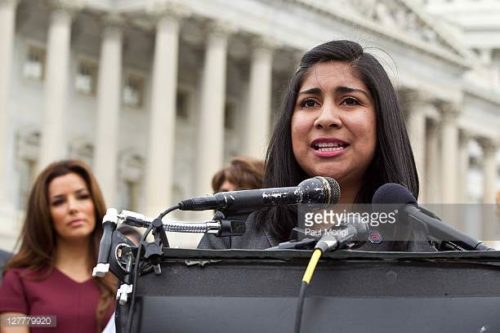 Norma speaks frequently about the struggle to protect child farmworkers. Here she help introduce the Children’s Act for Responsible Employment with actress and activist Eva Longoria and others.

While my father did his best to shield us from these dangers, there were seasons that he wasn’t in charge and our family was separated. We were divided into different teams, each completing different tasks in different fields at any given moment. My mother and I mostly stuck together, and for years, we were in a team under the charge of a middle-aged white man who spoke no Spanish and made it known that he didn’t want to be there. As the season wore on, the work days got longer and his temper got shorter. He became a terror to all of the women working with him. It boiled over and from one day to the next, I became the focus of his fury. I was responsible for the team not completing the work at the pace he wanted. I was responsible for the mistakes made by my teammates. I was responsible for everything that went wrong in the fields. For all of this, I deserved his abuse. He began to hurl insults, curse words, and racial slurs on a daily basis, often at the top of his lungs for everyone in the fields to hear. My mother would stare at me in disbelief and fear, desperate to understand what was happening and to understand his English. “¿Qué te dice, Norma? ¿Qué pasa? (What is he saying? What’s happening?)” she would repeatedly ask me. “Nada, mami,” I would reply, trying to hide the hurt and fear in my voice.

He would often end his tirade with, “You can’t even do field work. What the f**k are you even good for? NOTHING.”

He made me feel worthless and helpless.

I knew that although I was miserable, my family was treated well by everyone else in that company and we were getting paid better than we had in other states where we worked. I knew that if I spoke up, we would get fired and end up homeless and stranded. I knew it would devastate my family financially for the rest of the year–possibly even longer. I knew I didn’t want to be responsible for this, and believed that if I just tried harder, he would leave me alone. I knew that I didn’t have it as bad as other women in the fields.

Women, who make up about 700,000 of the workers in American agriculture, are living in desperate poverty that leaves them especially vulnerable to assault and harassment. Situations can range from groping and propositions, all the way to systemic rape, and it often all goes unseen and unreported. They endure this in silence because they often don’t have any recourse, they are threatened, and their families depend of their incomes to put food on the table. Like in many other industries, the majority of the power in the fields is held by men–individuals who have the power to hire, fire, blacklist and otherwise threaten the economic, physical and emotional security of women.

In a 2010 study from the University of California, Santa Cruz, more than 60 percent of the 150 female farmworkers interviewed said they had experienced some form of sexual harassment. In a 2012 report, Human Rights Watch surveyed 52 female farmworkers–nearly all of them had experienced sexual violence or knew others who had. One woman told investigators that her workplace was called the “field de calzón,” or “field of panties.” As an Iowa immigrant farmworker told her lawyer, “We thought it was normal in the United States that in order to keep your job, you had to have sex.”

Two decades ago, the Equal Employment Opportunity Commission, along with California Rural Legal Assistance, a legal service program that promotes the interests of migrant laborers and the rural poor, created a joint project to concentrate on sexual harassment in the fields. In 2005, the commission won a $994,000 victory for Olivia Tamayo, a worker at one of California’s largest cattle-feeding operations, who was repeatedly raped by her supervisor. “He took advantage because he knew I wasn’t going to say anything,” she told Ms. Magazine. “It was a trauma that followed me everywhere.

In September of 2016, in one of the largest settlements of its kind, the commission won over $17 million for five farmworkers in Florida who had accused their supervisors of rape and harassment. Some 18 similar cases nationally after 2009 have given women farmworkers $4 million.

State and federal policies rob farmworkers of workplace protections that other American workers benefit from. They are not given the right to organize and are exempted from protections against retaliation. This leaves families, especially women, vulnerable to workplace abuses, which are seen as part of the business. In the fields, the “out of sight, out of mind” mentality allows for abuses of power to become common place. It leaves the women who work every day to feed America feeling worthless and helpless, and robs them of their dignity.

We are reminded by history’s leaders that our greatness is measured by how we treat those in greatest need. It is not enough that our celebrities and middle class women are able to see their perpetrators held accountable for their abusive behavior. We must not leave the hardest work undone. We need to ensure this attention extends into the fields and all places that are out of sight to most of America, places where our women –the poor, the undocumented, the women of color—face this abuse daily and have been fighting back for years.

We can start by supporting the work of LCLAA’s Trabajadoras Program, Alianza Nacional de Campesinas, and CIW’s Women’s Group, to name a few. We can also remind leaders in the movement not to leave out our farmworker women from the discussion.

It is our unity that makes us stronger. We are all in this fight together, and as history has shown us, together, women can make a real difference. Let’s make sure that we finish the work we have started.

Norma Flores López is the chair of the Child Labor Coalition’s Domestic Issues Committee. She is also the Governance and Collaboration and Development Manager of the East Coast Migrant Head Start Project. The Child Labor Coalition is dedicated to removing loopholes in U.S. child labor law that allow children–including many young girls who are vulnerable to harassment–to work unlimited hours in the field beginning at age 12.

Holiday Shopping? Some Strategies to Consider if you are Concerned about Child...Child Labor Coalition joins calls for cleaner, more responsible jewelry supply... Scroll to top
Twitter – Check out the CLC’s Twitter stream YouTube – check out child labor videos on the CLC YouTube channel