You are here: Home1 / CLC Member

This author has not written his bio yet.
But we are proud to say that CLC Member contributed 37 entries already. 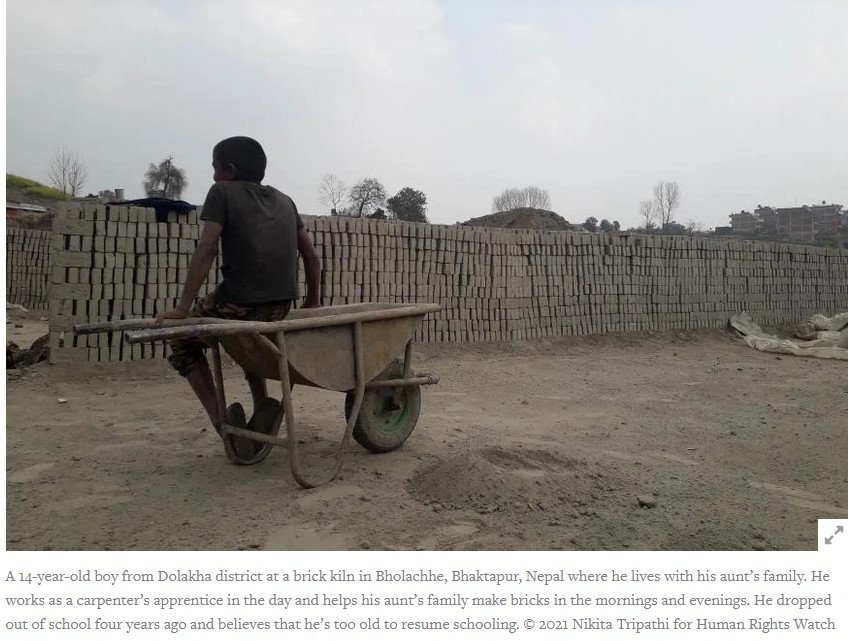 The children worked at brick kilns, carpet factories, gold mines, stone quarries, fisheries, in construction, and in agriculture. Others sold food or goods on the street. They described working long hours for meager wages, often under dangerous conditions. One 12-year-old girl crushed rocks at a stone quarry for seven hours a day.

[Tim Ryan of the Solidarity Center is a CLC member, who wrote this piece on  May 3, 1995 for The Christian Science Monitor. Iqbal Masih was murdered on April 16, 1995]

Anyone who knew Iqbal Masih, the 12-year-old boy recently assassinated in Lahore, Pakistan, by someone believed to be a feudal landlord and carpet manufacturer, was struck by his brilliance.

I don’t simply mean his intellectual abilities, though once rescued from slavery at a carpet loom this young activist demonstrated a tremendous aptitude for learning. He went through five years of school curriculum in three. Although malnutrition and abuse left him, at the age of 12, physically smaller and more frail than my nine-year-old daughter, it was clear that his mind, his ambition, and his spirit burned brightly.

When I saw him last December in Karachi on his return from the United States, where he received a Reebok Human Rights Award, he was filled with the excitement of his first airplane ride, a new Instamatic camera, his visit with other schoolchildren in Boston, and the unimaginable promise that one day he might attend a university. Brandeis University had pledged to give a four-year scholarship to Iqbal when he finished his studies in Pakistan.

Then someone motivated by greed, by fear, by hatred, pulled the trigger of a shotgun and obliterated this promise.

I first met Iqbal last year through my work with the Bonded Labor Liberation Front as a representative of the AFL-CIO in South Asia.… Read the rest

An African proverb says that it takes a village to raise a child, but one can also say that it takes the whole world to protect one child. Children today are faced with increasing challenges. When children should be playing, studying and enjoying their short yet foundational period of childhood they are instead subjected to exploitation, violence, hunger and various forms of slavery.  The international community for decades has been making efforts to reduce inequalities and injustice for children, with the Sustainable Development Goals (SDG) being the most recent global goals that the world has committed to achieve.

We urge the governments to continue investing at least 6% of their GDP in children’s education and provide vulnerable families and their children with social protection. –Timothy Ryan, Global March Against Child Labour

The goal that is closest to my heart and has been the driving force for me and my organization, Global March Against Child Labour is the SDG Target 8.7, which calls upon the world to end all forms of child labor by 2025. With only 5 years to achieve this compelling and challenging goal, today we are faced with yet another obstacle in our progress to end child labor – the COVID-19 pandemic which has brought the whole world to its knees.

When I first became the Chair of the Global March Against Child Labor in 2017, my hope and enthusiasm were spurred by the assurance that together as a world, we would be able to achieve the task of ending child labor by the year 2025.

This year has been devastating for children. The Covid-19 pandemic disrupted the education of 1.5 billion students, pushed an estimated 150 million additional children into poverty, left many without caregivers, and increased child labor, child marriage, and violence in the home.

But despite the enormous hardships, the year has also brought some good news for kids. As we finish the year, here are 10 areas of progress from 2020: