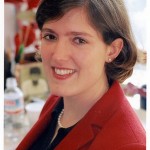 The smoking habits of the presidential candidates keep coming up: Barack Obama’s efforts to quit, Mitt Romney’s abstention. Romney signed a ban on smoking in bars, restaurants, and indoor workplaces in Massachusetts in 2004; President Obama signed a law in 2009 that broadly restricts marketing cigarettes to children. Far less attention, however, is being paid to the nicotine exposure of children who work alongside adults cultivating and harvesting tobacco.

In eastern North Carolina I’ve interviewed children as young as 14 who worked in tobacco, and recent news reports describe children as young as nine and 10. Fifteen-year-old “Elena” is typical. She would get up at 3 a.m. to make lunches, she said, then go up and down the rows removing flowers from tobacco plants for 12 or more hours a day. “It smells of chemicals and it gives you a headache,” she told me. “Sometimes I feel like vomiting… We can’t get sick because then we can’t work.”

With no paid sick days or job security, and frequent violations of minimum wage laws, Elena echoed the worries of many working teens I spoke with. “We have to go into the fields just to get our bills paid, not to get what we want,” said a 15-year-old worker. “As I child I knew not to ask [for things I wanted].” Total annual farmworker family incomes average less than $17,500, and in some areas far less.

Elena’s sickness may have been more than an inconvenience. A 17-year-old tobacco worker told me: “They sprayed the field next to us yesterday. My head hurt. I could smell it, it blew. We kept working. People say this can hurt you. I’m a little, a little worried about it.” Children, whose bodies are still developing, are uniquely vulnerable to chemicals and may absorb pesticides more easily than adults. Long-term pesticide exposure is associated with cancer, brain damage, and reproductive problems.

But Elena may have also been sickened by the plants themselves. Workers absorb tobacco through the skin, especially when the leaves are wet, when the person is working hard, and when surrounding temperatures are hot. According to one study, on a humid day the average field worker may be exposed to dew containing roughly the nicotine of 36 cigarettes. This nicotine poisoning is known as “green tobacco sickness,” and children are more vulnerable than adults.

A 17-year-old worker described symptoms consistent with poisoning: “It’s hard to say what hurts the worst,” he said. “My legs hurt, my head hurts… I feel dizzy and then my nose is bleeding.”

Rain gear and water-tight gloves can protect workers but also increase the risk of heat exhaustion and dehydration. None of the children I interviewed mentioned wearing protective clothing. A 15-year-old boy said he wore a trash bag like poncho — others did not even wear gloves.

These children — mostly poor and Hispanic — are among the hundreds of thousands of children hired to work in U.S. agriculture. They exercise little political clout but deserve the protection from American politicians that all other working children already enjoy.

Remarkably, many of these children are working legally under a loophole in U.S. child labor laws. Federal law provides no minimum age for work on small farms with parental permission, and children ages 12 and up may work for hire on any size farm for unlimited periods outside school hours. Children not working in agriculture must be at least 14. Even then, the jobs they can perform and their hours are tightly restricted. Farmwork is the most hazardous occupation open to children. Under federal law, child farmworkers can also do jobs at 16 that the U.S. Department of Labor deems “particularly hazardous” for children, such as driving a forklift or operating a chainsaw — jobs no one under 18 can do anywhere else.

Only Congress can change the law and give children working for hire in agriculture the same protections all other working children have. But the Labor Department tried last year to update, for the first time in decades, the list of hazardous jobs, and to add tobacco to the list, along with other specific farm tasks that experts say are most likely to kill, sicken, and maim children. Although family farms were completely exempt, the Farm Bureau and several members of Congress claimed incorrectly that they would keep children from working at all and hurt family farms and agricultural training. Romney criticized the administration for, he said, telling farmers what their children could and couldn’t do on a farm. The pressure on the department — and the misinformation — was intense, and the administration withdrew the proposed rules.

In the upcoming campaign season, much attention will be focused on small things, like who smokes and who doesn’t. But America’s youngest, and poorest, workforce shouldn’t be forgotten. Leaders should promise to amend U.S. child labor law to provide the same protections to all working children.

Zama Coursen-Neff directs the Children’s Rights Division at Human Rights Watch and is the author of Fields of Peril: Child Labor in U.S. Agriculture.

This post is part of the HuffPost Shadow Conventions 2012, a series spotlighting three issues that are not being discussed at the national GOP and Democratic conventions: The Drug War, Poverty in America, and Money in Politics.

Human Rights Watch is a member of the Child Labor Coalition