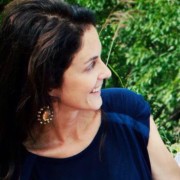 Encouragingly, the Filipino government has a legal framework of treaties to regulate the mining industry and combat child labor, but sadly HRW report authors found that enforcement of the law is ineffective. Lack of resources, staff shortages, conflicts of interest amongst those responsible, lack of political will, and a disconnect between centralized government and the realities of rural life all contribute to the lethargy to implement. Poverty ensures there is a constant pressure for children to contribute financially to family income. Nationally, 3,500,000 children do not attend school.

In March 2015, the Philippines banned the use of mercury in mining and prohibited compressor mining, but HRW report researchers expose that the use of both continues. It is illegal under Philippine law to work if you are under the age of 15. Hazardous work, including mining is prohibited for those under age 18. Under the 2007 Philippine Program Against Child Labor and The Convergence Program Against Child Labor the country has set the goal of reducing the worst forms of child labor by 75% by 2015, but the government needs help. The HRW report has many suggestions for action including the following:

I invite you to read about the report here:

View a video of children speaking about their experiences here: