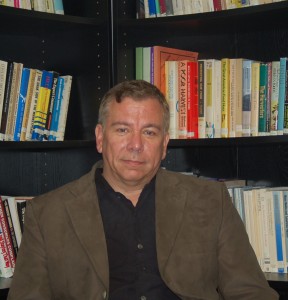 The most popular answer was the correct one: “1 in 10.” Thirty-five percent guessed correctly that 10 percent of the world’s children live in child labor—work that threatens to harm their development. However, that means that roughly two out of three respondents were off by a factor of 10 or more. 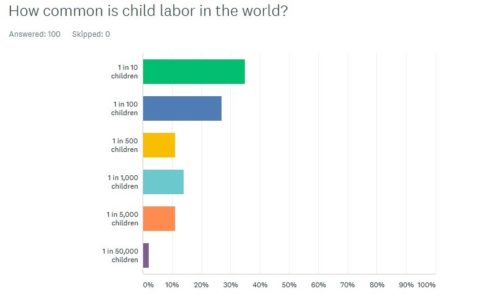 We think the answers in our informal internet poll may have skewed toward better knowledge of the problem because we advertised the survey on our @ChildLaborCLC Twitter feed—so it was being seen by people who presumably had better knowledge about child labor than the random public. With two-thirds of the public off by a factor of 100 or more, we know we still have a lot of work to do to close the perception gap.

In the last decade, the CLC has posted nearly 11,000 tweets to increase public understanding that child labor is a widespread and pernicious problem. We’re also active on Facebook – type “Child Labor Coalition” on Facebook’s search bar to locate us – and our web site www.stopchildlabor.org generates about 100,000 visits a year.

Remember that Child Fund International poll in 2013 we started with? The good news revealed in that survey was that more than half (55 percent) of the respondents said they would pay more for clothing made without child labor. They said they would pay 34 percent more on average for clothing untainted by child labor! According to cleanclothes.org, labor costs are typically less than 3 percent of clothing costs. Ending child labor would not raise prices significantly.

Garments are just one of 150+ products identified by the U.S. Department of Labor “Sweat and Toil” app as being produced with child labor. If consumers are willing to pay more for child-labor-free clothing, they are likely to pay more for all products without child exploitation. That’s very encouraging.

The Child Labor Coalition is co-chaired by the National Consumers League and the American Federation of Teachers. Consumers who wish to donate to help reduce child labor can do so here.