Blog - Latest News
You are here: Home1 / News & Resources2 / Viewpoint3 / Not So Sweet—Child Labor in Banana Production
0
SHARES
share on Facebooktweet on Twitter 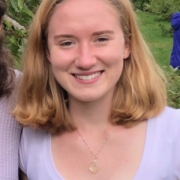 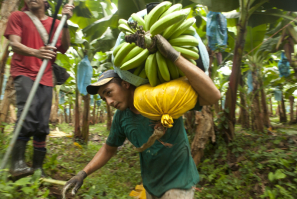 Since the 2002 HRW report, Ecuador has raised the minimum age of employment to 15, banned children from hazardous work, and raised fines for employers hiring children.

In its 2019 child labor Findings report, USDOL noted that “in 2018, Ecuador made a significant advancement in efforts to eliminate the worst forms of child labor.” One change involved better protecting unionized employees against discrimination so that children are not targeted for cheap labor. Ecuador has also created more social programs for children susceptible to child labor, including the “Lifetime Plan” that provides conditional cash transfers to vulnerable children from birth.

Despite the positive ranking for Ecuador, child labor in the banana sector continues to be prevalent in Ecuador.  Poverty and limited law enforcement make child labor an unfortunate reality for families.

Banana exporting companies often fail to address adequately child labor and hazardous working conditions in their supply chains. The big players –Dole, Del Monte, and Chiquita Fyffes—need to do more if we are to end child labor in banana production. Dole claims to prohibit child labor stating that “[it prohibits] any people younger than 18 from being hired or employed in any form.” Yet, child labor in the sector flourishes in at least five of the major exporting countries, according to USDOL.

Concerted efforts by the Ecuadorian government and multinational banana exporters are needed if child labor is to be reduced.

Consumers have a part to play in the solution as well. The Food Empowerment Project has advice for consumers wishing to buy bananas produced with less exploitation. The recommend buying from Equal Exchange. Bananas from small farmer-owned cooperatives are available in some parts of the United States. Look for bananas from  Coliman, Earth University, and Organics Unlimited/Grow. “If your grocery stores do not carry these brands of bananas, we encourage you to ask them to,” says the Food Empowerment Project.

Consumers should make their voices heard that the sweetest banana is a child-labor-free banana.

Ellie Murphy is a rising junior at Tufts University, majoring in International Relations and Sociology. She recently completed a remote internship with the Child Labor Coalition.