Blog - Latest News
You are here: Home1 / News & Resources2 / Viewpoint3 / Ending the Recruitment and Use of Child Soldiers
0
SHARES
share on Facebooktweet on Twitter 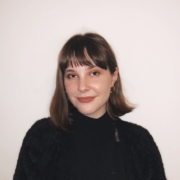 Most of the time, however, children do not make a conscious decision to join militant groups. Instead, they are taken away from their parents and trafficked to remote regions where they have no way of seeking help. There, they are threatened, exploited, and face physical and sexual violence. They are told that if they attempt to escape, they and their families will be hurt, thus children sometimes stay in the groups for several years.

Children are assigned a variety of roles within groups that recruit them. As UNICEF explains, they can be ‘fighters, scouts, cooks, porters, guards, messengers, and more.’ When they first join, they have to undergo military training during which they learn how to use weapons. Then, many are deployed in combat and are forced to kill or serve as suicide bombers and human shields, which shows how serious the problem is.

Girls’ roles are different as they are usually abducted to become wives of male fighters or to be used as sex slaves. They are held in captivity and abused on a daily basis. Often, they are forced to bear children for adult members of the organisations that kidnapped them. Girls are being treated as objects and constantly face gender-based discrimination, which makes their experience in armed groups particularly traumatic.

Nevertheless, no matter their role and gender, all child soldiers are deprived of the right to grow up in a healthy, safe environment. Their suffering and the scale of their fundamental human rights breaches are unimaginable and no child should ever find themselves in such a situation.

Putting an End to Child Exploitation

The problem of recruitment of children as soldiers is a difficult one to solve. Even after their liberation, many children face rejection and discrimination by their home communities that see them as criminals. In addition to that, former child soldiers deal with extreme psychological distress.

As UNICEF explains, it is imperative to address the roots of the problem in order to eradicate it. Hence, intensified efforts should be placed on the prevention of child recruitment into armed forces and groups. The main tool to achieve that should be to provide children in conflict zones with ‘social and economic opportunities to provide them with more prospects for their future’, says War Child, an organisation rehabilitating child victims of war.

If children were not desperate to provide for themselves and their families, the numbers of children falling victims to exploitation as child soldiers would be significantly lower. In addition to that, promoting and safeguarding their rights is necessary to ensure that they lead a happy, safe life and do not have to seek protection in groups that use them to achieve their strategic goals.

Katarzyna Rybarczyk is a Political Correspondent for Immigration News. This is a media platform that helps to raise awareness about migrant injustices and news around the world and helps people get immigration advice.