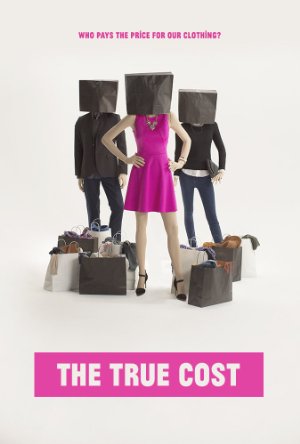 The enormous quantities of chemicals and natural resources used to produce the raw material for clothing (such as cotton and leather), manufacture the product, and ship goods worldwide, have made the fashion industry the second most polluting industry on earth, second only to the fossil fuel industry. They have also led to high rates of disease and disability among people exposed to this pollution—people who often cannot afford medical treatment.

The true cost of fast fashion is also borne by garment factory workers laboring with few protections in hazardous conditions, often not earning enough to meet their families’ basic needs. While the profits earned by fashion companies increase, the wages paid to those who make the clothing decline as the industry now outsources nearly all of its manufacturing to factories in low-income countries.

Reflecting on recent disasters that have killed and injured thousands of vulnerable garment factory workers in Bangladesh, 23-year-old Shima Akhter, a factory worker profiled in the film, says, “People have no idea how difficult it is for us to make the clothing. They only buy it and wear it. I don’t want anyone wearing anything that is made with our blood.”

One noteworthy omission in the documentary is a discussion on the use of child labor in fashion supply chains. While “The True Cost” devotes a significant amount of attention to the environmental and health impacts of cotton growing on farmers and surrounding communities, it fails to mention forced labor and child labor in cotton fields. The 2014 “List of Goods Produced by Child Labor or Forced Labor,” a report by the United States Department of Labor (USDOL), indicates there are currently nine countries where children are involved in the production of cotton, and in one of them (India) children are also involved in the production of hybrid cottonseed.

UNICEF reports children are involved in all stages of the fashion supply chain, from producing cottonseed; harvesting cotton crops; spinning yarn; and assembling, embroidering, smocking, and beading garments. According to the USDOL report, there are five countries that use child labor to make garments. These children often work long hours in dangerous conditions with no protection. In some cases their work amounts to modern-day slavery or forced labor.

Consumers do have the power to make a difference. The film recommends reduced clothing consumption and introduces companies and designers working on a new fair fashion model. Designer Stella McCartney states, “The customer has to know they are in charge. If they don’t like it and don’t buy it, we don’t have jobs.”

To learn more about the film, the impacts of the fast fashion industry, and how to “buy better,” visit the movie website: truecostmovie.com.