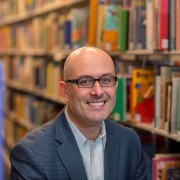 Under U.S. law, treaty ratification requires to the advice and consent of two-thirds of the Senate. Speculation about the level of support in the Senate is understandable, especially after the Senate failed in 2012 to achieve two-thirds support for the Convention on the Rights of Persons with Disabilities (it fell five votes short). But such questions are also premature. The future of the CRC in the United States lies entirely in President Obama’s hands, because the Administration hasn’t even sent the CRC to the Senate for its consideration. On Universal Children’s Day, the President can move the CRC forward by sending it to the Senate.

Second, if you are the CEO of a company, figure out how your company’s expertise or skill set can advance the rights and well-being of children. When the United Arab Emirates faced a problem with trafficking of young boys to serve as camel jockeys (the boys, many as young as five or six years old, were confined in unsanitary conditions, underfed, and often suffered serious injuries in races), it was a Swiss company that helped provide part of the solution. It invented a robot jockey, eliminating the demand for trafficked boys. Of course, technological advances can’t solve everything. Many young boys in Bangladesh, Pakistan, Sudan and Yemen who might have been trafficked to the UAE remain vulnerable to other harms. But the point is not that the private sector has to do everything. Rather, it’s that innovative solutions are needed, and the private sector can make a difference. UNICEF has been building innovative partnerships to improve health, education, and social protection. Companies across all sectors can support this and other similar work. So Universal Children’s Day is an ideal day for CEOs to figure out how their company’s skillset can advance child well-being.

Third, if you are the head of a household, talk about human rights with your children. Rights are inherent. That means children, like adults, possess them. They are not left to governments to decide whether to grant them to individuals at age eighteen. Parents and caregivers are trustees of those rights as children grow and develop. The CRC recognizes the critical role of parents and families in nineteen provisions of the treaty. Children confront rights issues early – in both their day-to-day lives and in the imaginative spaces created for children, such as their favorite books. Though children, especially young ones, might not talk about rights issues using human rights language, they understand rights issues. Parents and other caregivers can play a critical role in guiding and supporting children as they explore questions about their own rights and their responsibilities to respect the rights of others. Universal Children’s Day offers a wonderful opportunity to start to engage children in a dialogue about rights and to explore ways to make their communities more child rights supportive.

In short, whatever role you play in your family, community, or country, you can use your unique position, knowledge, or skills to advance the rights and well-being of children. By doing so, Universal Children’s Day can be the start of a more supportive approach to children’s rights and child well-being.

Jonathan Todres is a professor of law at Georgia State University.

CHILD LABOR COALITION PRESS RELEASE: Advocates join Nobel Laureate Satyarthi in plea to President to ratify UN Convention on Rights of the Child
CRC 20-Year Anniversary Coming in November (The CRC in England)
Antonement and Action for President Obama in His Last 100 Days
Convention of the Rights of the Child (Full Text)
Turkey's first lady addresses PACE session
Len Morris: Our Kids Are Watching Us

CLC Support Statement for the Restoration of Child-Labor FundingAction Needed: Help Us Save the Progress on Child Labor that Has Been Made Scroll to top
Twitter – Check out the CLC’s Twitter stream YouTube – check out child labor videos on the CLC YouTube channel